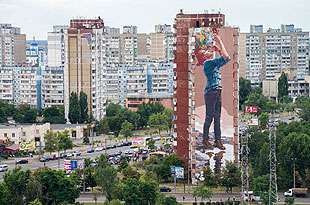 As a part of the Mural Social Club Festival a world-known Australian street artist Fintan Magee decorated a 17-floor high building in Kyiv with the large-scale painting of a girl. The title of the artwork is ‘The visionary’.

The project was supported by International Charity Foundation called “Ukraine! I am for you!”.

“For me street art and muralism have an important social purpose, and that is to bridge a gap between the general public and the gallery. If the art institutions become too focused on creating art for an educated elite they will become disconnected from the general public. That’s why I was so excited to work in Troeshyna, the neighborhood that is geographically disconnected from the center of Kyiv so it’s important that we also work here, this way we can integrate art into people’s everyday lives”, says Fintan.

Fintan Magee is known for his murals throughout Australia and the world. Born in Lismore New South Wales he grew up in Brisbane, gaining a reputation as a graffiti writer before obtaining a Fine arts degree (Griffith University, QCA) and relocating to Sydney. His work often deals with environmental issues. He often uses personal stories to talk about broader issues like climate change and the migrant crisis. He received national acclaim for his mural depicting Felix Baumgartner in Brisbane, and has participated in various public art festivals in Australia and abroad. 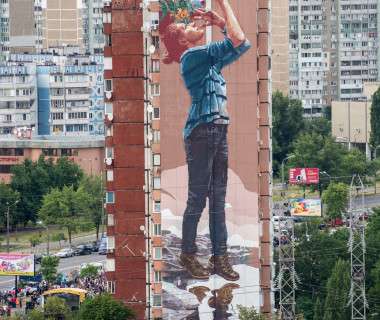 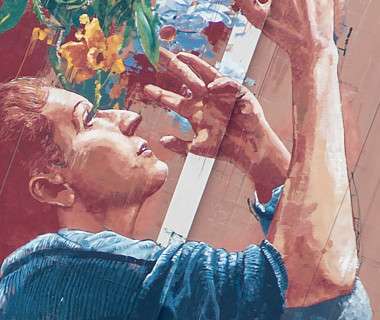 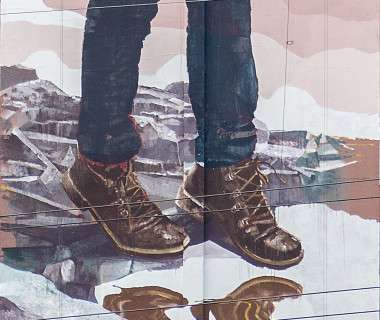 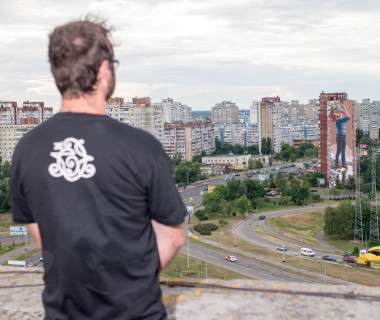 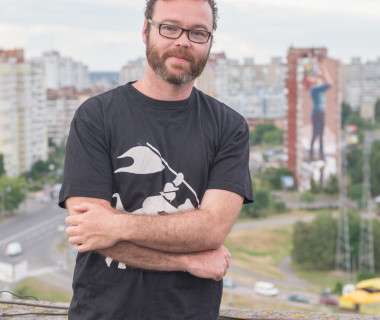 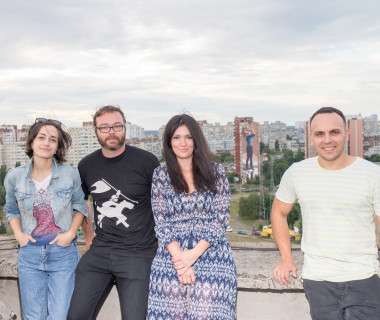 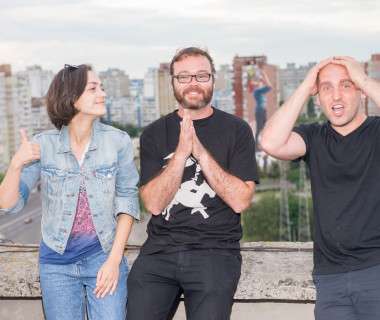 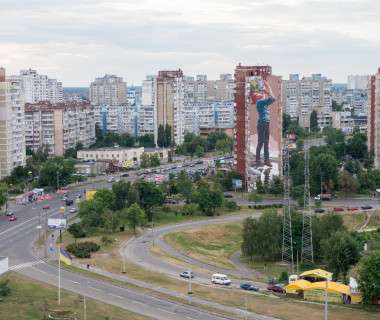 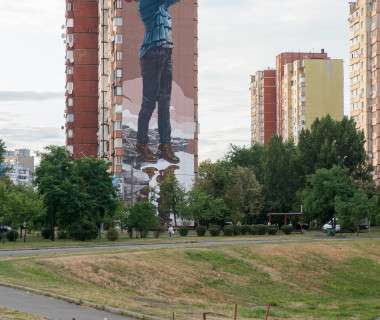 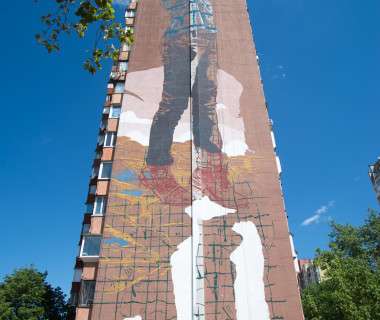 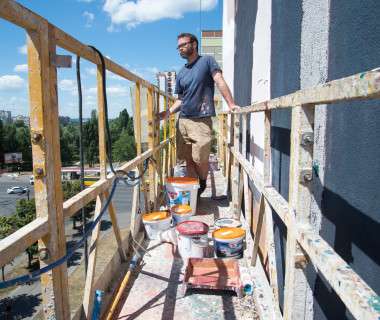 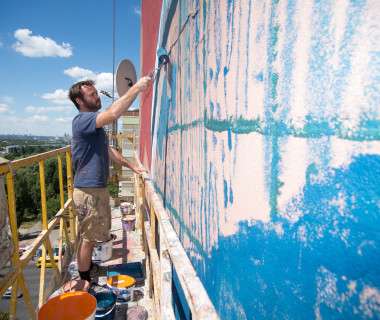 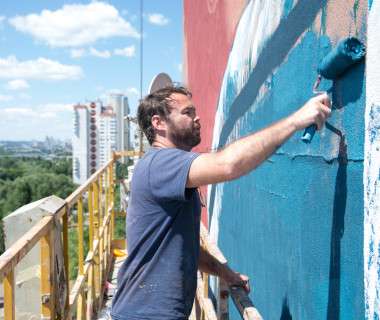 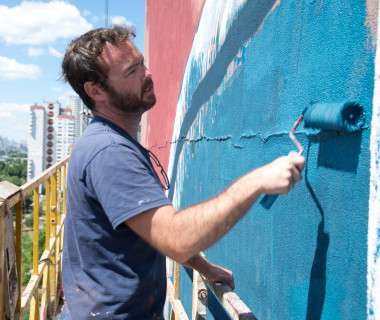 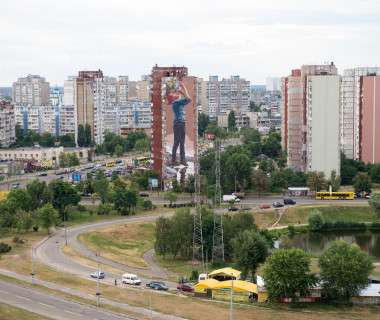 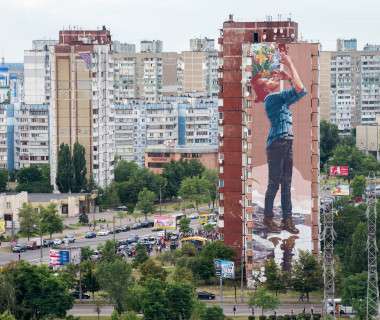