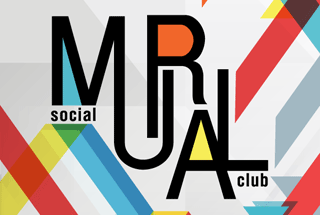 The First International Festival of Contemporary Art will take place in Ukraine from May 12 till July 30 in the public space called Mural Social Club. As a part of a large-scale art event more than 30 artists from around the world will create about 30 murals and several installations in Kyiv, Odesa and Chernihiv.

“Our mission is to popularize art in Ukraine. We support decentralization of urban culture – creation of art pieces not only in the city center, but also in its outskirts, as well as in smaller towns. About 80% of artworks created during the first Mural Social Club are located in the residential areas of the cities”- says Dmytro Palienko, the founder of Sky Art Foundation.

The festival line-up includes top street art names, all of whom are coming to Ukraine to decorate the cities with their artwork: Li-Hill, Rodrigo Branco, Evoca1, Fintan Magee, Borondo, Fikos Antonios, Seth, Telmo & Miel, Zio Ziegler and others. “We handpicked the most conceptual artists, whose artwork now decorates some of the most progressive cities of the world” – comments Oleg Sosnov.

Ukrainian street artists such as Aec Interesni Kazki, Roman Minin, Sergey Radkevich, Sasha Korban will take part in the project together with Ukrainian masters of classical painting, such as Oleg Tistol, Mykolay Matsenko and Matviy Weisberg.

The Festival will be opened by New York based street artist Li-Hill, who will decorate the building of the Cultural Arts Center “KPI” (Kyiv) with a large-scale mural. “Taking into account the artist’s pedigree and the scale of the building itself, I believe this will be a very significant new piece of art to grace our capital,” – says Yulia Ostrovska.

The project is supported by city councils of Kyiv, Chernigov and Odesa.