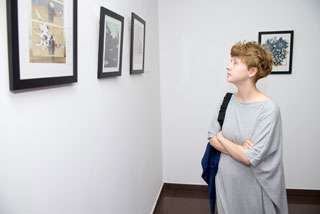 The exhibition of Ukrainian and French artists’ illustrations ILLUSTART took place on April 9-30 at Kyiv art space Sky Art Foundation (7/6 Striletska Street) as a part of the 13th French Spring in Ukraine.

Illustration is everywhere! It enlivens our magazines, newspapers, books, TV programs, advetisements, Internet and video games…
Illustrators, each one having his own style, let their imagination flow freely, originating poetic, fantastical, funny, cheerful or touching works of art.

The ILLUSTART exhibition, as the title suggests, shows illustrations of young French and Ukrainian artists. It also emphasizes, should it still be needed, that illustration is a full-fledged art speaking universal language. France and Ukraine have much in common in this artistic dimension.